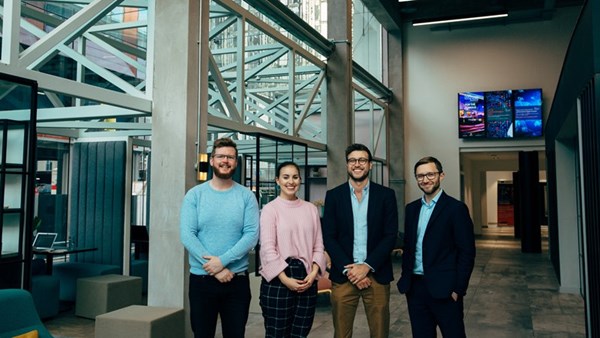 Starting life in schools with its ground-breaking mental health and safeguarding tool which enables the safe reporting of issues such as cyber bullying and abuse in school-age children both at school and in sports clubs, the business is now pivoting its offering into the workplace.

Tootoot will build an employee mental health and wellbeing tool that will be deployed into large enterprises and used by the workforce as a whole. Local Councils in Greater Manchester, as well as across the UK, have adopted the technology to combat mental health issues in their schools, as well as taking part in early stage pilots for the product in the workplace. A large commercial pilot is in place with a multinational bank across sites in the UK and India.

Tootoot’s education offering is currently in use within 300 schools and sports clubs, offering children and young people a safe and trusted platform on which to speak-up about any mental health concerns or issues of abuse anonymously. Teachers and safeguarding officers in schools can then monitor vulnerable individuals and get help where it is needed, whilst analysing trends in student and staff mental health.

The investment by GC Angels and the Greater Manchester Combined Authority (GMCA) will allow the business to develop its product offering to reach thousands of employees working within large, international businesses. The Department of Health estimates that one in four adults experience a mental health condition. The Tootoot suite of products will enable organisations to understand the mental wellbeing of its staff, use the software as a whistleblowing and reporting tool, as well as capture snapshots of employee feedback on a wide variety of topics to avoid survey fatigue.

The capital injection will create jobs in the region, as Tootoot grow their technical team to support app development and increase their customer support offering to  drive onboarding, conversion, and retention of customers.

The investment comes as part of a funding round involving the Greater Manchester Combined Authority and private Angel investors, supporting high growth jobs in the city. The firm had previously received support from Access2Finance, part of the Growth Company.

The business also received support from the Greater Manchester Youth Combined Authority, which provided early feedback that enabled the business to develop its app.

Michael Brennan, CEO of tootoot said: “Health and safety protects the physical safety of an organisation, that’s why hard hats are worn in construction. But there are no hard hats for students and sports members to protect from the intangible dangers of bullying, stress and harassment whilst in their school or sports club.

‘With this investment we can use the same principles to support the psychological safety and wellbeing of employees globally by providing them with an app to raise concerns in confidence.”

Jessica Jackson, Investment Director at GC Angels said: “We look for companies with a positive social impact, and Tootoot shows the potential and power of digital tools used for good. The conversation around mental health of children and adults is one that has been growing in volume over recent years, and GC Angels is glad to invest in an innovative, Manchester-based company delivering positive outcomes- and even saving lives- as a direct result of their technology.”

David Molyneux, Resources Lead for the Greater Manchester Combined Authority (GMCA), said: “Within Greater Manchester, the Combined Authority has an important role to play in helping successful businesses based within then city-region secure the necessary funding to take expansion to the next level. Investment in firms like tootoot – which is developing an employee mental health and wellbeing tool for large businesses – will help ensure Greater Manchester continues to develop a diverse and thriving regional economy. We want to lead on the Fourth Industrial Revolution, much as we did with the first.”